The SIGNIS World Congress 2014 took place from February 25 to March 1, 2014 in Rome, Italy on the theme "Media for a Culture of Peace: Creating Images with the New Generation".

The theme "Media for a Culture of Peace: Creating Images with the New Generation", "underlines the continuing commitment of SIGNIS to work with children and young people to promote their rights in and through the media," according to SIGNIS President Augustine Loorthusamy. "As a Catholic association of media professionals we want to work with and encourage the new generation to create positive and powerful images that will express their hopes for a global culture of peace."

At the previous SIGNIS World Congress held in 2009 in Chiang Mai, Thailand, which gathered more than 600 media and development professionals, Catholic communicators and young people from all over the world, the participants were challenged by young people: “We are the children of the world. Do you listen to our voices?”

The 2014 Congress explored the responses to that challenge. To what extent are Catholic communicators listening to the voices of the young and working with them in creative and practical ways to transform the communications environment?

Such a challenge opens up the need to explore the implications for human beings who find themselves attempting to make sense of an emerging culture – how can people, young and old, realize their creativity and imagination in ways that enhance their freedom and express their values?

The concept of the ‘new generation’ also expresses the need to be able to respond imaginatively and appropriately to the emerging culture which cuts across traditional assumptions about age, sex, culture or political, economic and social status. 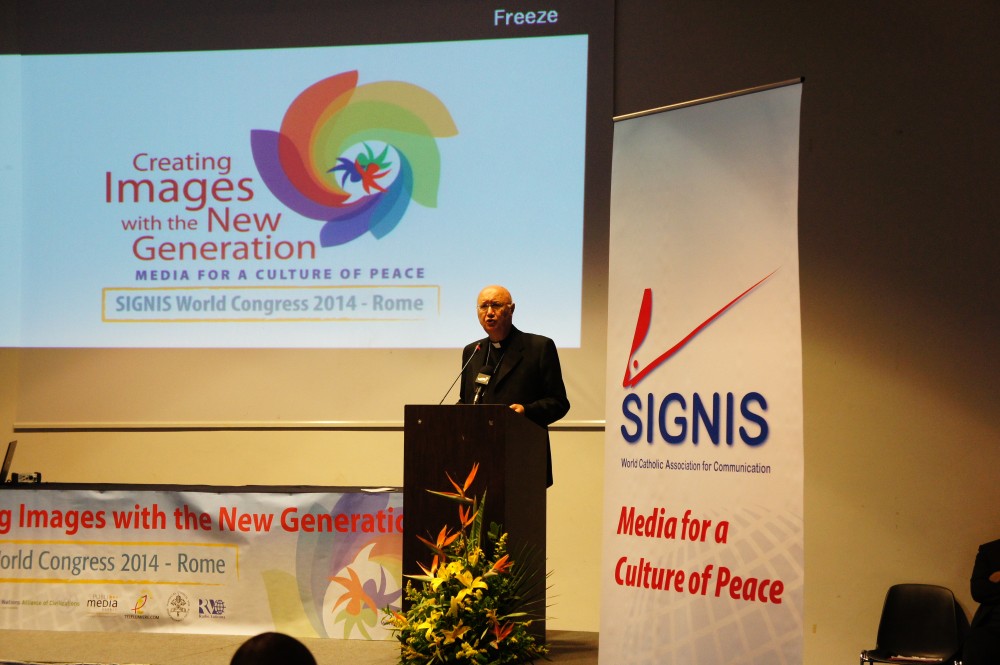 Focus on the Middle East at the SIGNIS World Congress