2 September 2022 (Leonard Ludovic) - International Film Festivals like Karlovy Vary have something in common. Their program represents mostly the latest trends in society, ranging from culture, especially film art, to politics. The Festival, founded in 1948, is one of the oldest in the world. From 1959 to 1993, it had to alternate year-by-year with Moscow’s International Film Festival. From 1994 on, it functioned again as a yearly international event, keeping its expertise and focus on the region and on those films from other regions that fit in or complement its worldview. From that year on the Festival invited the Ecumenical Jury.

The winner of the 2022 Ecumenical jury was Edna Provintsialna bolnitsa /A Provincial Hospital, a Bulgarian documentary directed by three filmmakers: Lilian Metev, Slatina Teneva,and Ivan Certov. Of course, one sees the images of sick and dying people and their suffering,and the superhuman efforts of hospital staff fighting the virus to save lives. The fact that the film is not without humour helps to keep the attention of the audience, who by now is without a doubt saturated with stories about this pandemic. But, and that makes the film special, the directors focus less on the sick but more on the struggle of the medical staff to have appropriate means and on the the country healthcare system totally inadequate and neglected for years. This is the real issue of the film. 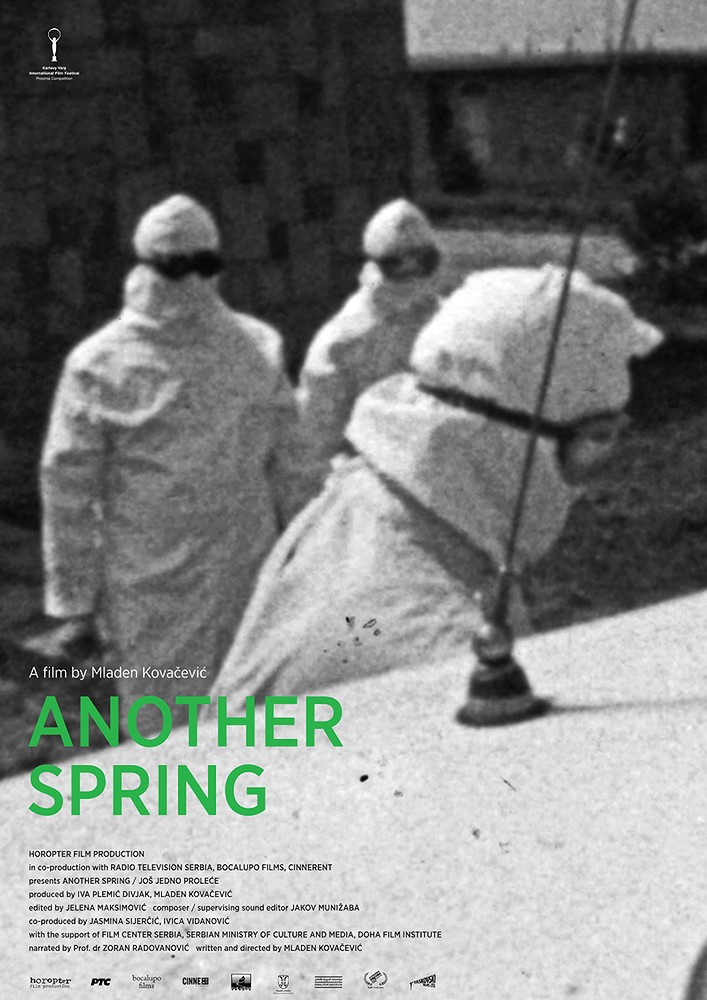 The importance of having a decent health care system and the obligation to get vaccinated facing life treating viruses is also made clear by the Serbian documentary Jošjedno proleće/AnotherSpring about the sudden and unforeseen outbreak of smallpox in the former Yugoslavia in 1972. At that moment, the smallpox virus had been exterminated for forty years. Almost no one was vaccinated, nor the hospitals were ready for such a pandemic, which could lead to horrible consequences for the population. The prevention and treatment were almost the same as for COVID because all the procedures for every virus are the same. Luckily, the outbreak was limited to a region of the country, Kosovo, and in less than two months, more than four million inhabitants could be vaccinated in that region eliminating the virus. The film serves as a warning that not only new but also old viruses can resurface and that every country must be aware of it to be prepared at all times for it, just as it should for other threads.

After the Maidan uprising in Kyiv in March 2014, the separatists in Donbass, with the help of Russia, started their armed actions to detach this region from Ukraine. Today, it is seen as the beginning of the Russian-Ukrainian war. The young Ukrainian filmmaker Maryna Er Gorbach wanted Klondike to visualize what this conflict means for the local population.The title refers to the lawlessness of that North American territory in the 19th century, because the same, she said in an interview, was and is happening in the Donbass. Here, the separatists were, and are, terrorizing Ukrainians. Gorbach opted for the style of a western with Good and Evil, with at the center the family living in the countryside. A pregnant wife who wants to stay on her farm finds herself in the middle of tension provoked by her husband who is pro-Russian and her pro-Ukrainian brother. When the husband witnessed the shooting down of the KLM plane and the remains and dead passengers fell down on the family property, he, his wife, and brother-in-law areall dragged into the armed conflict, and the men will be killed. In all this cruelty, the pro-Russian soldiers invading the farm are not even interested in the woman giving birth in their presence. 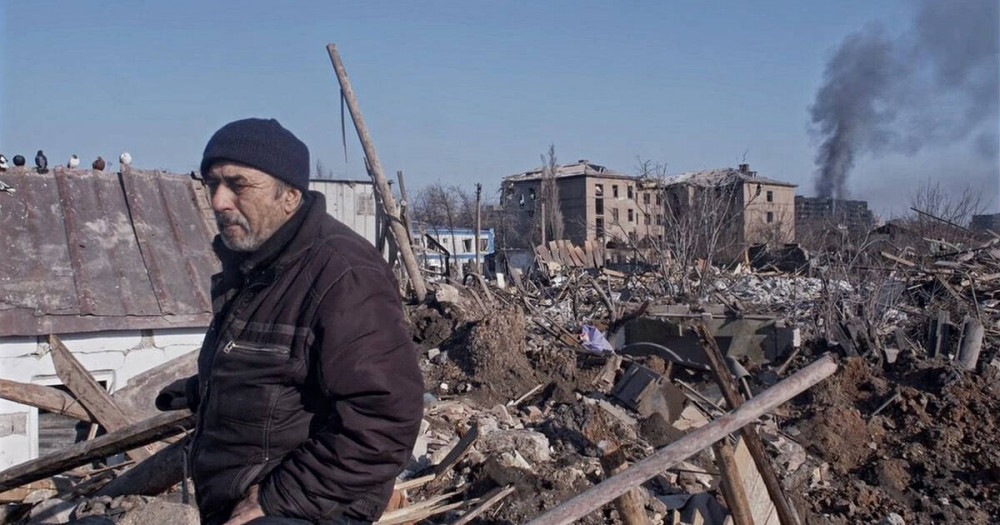 Ukrainiandirector Valentyn Vasjanovyc’s Vidblysk/Reflection goes with sober, filmed scenes into the effects of the horror of this war on the human mind. In the first winter of the conflict between the pro-Russian separatists and the Ukrainians in the Donbass, the frontline is not clear. One night the Ukrainian army surgeon, Serhly, gets lost and falls into the hands of the enemy. He is tortured but kept alive as he, as a doctor, can be of use to torturers. Now he witnesses, and with him also the audience, the horrible treatment of the prisoners. Vasjanovyc aesthetics and almost documentary way of filming make the viewer feel the angst and fear of Serhly, who has to bring the executed to a mobile crematorium to erase all traces of these war crimes. It marks him, and when he is released, he has to cope with the post-traumatic stress as a result of these horrors. The first reaction to the film is to ask if one has watched an anti-Russian propaganda film. Is it exaggerated? Though the film was made before the atrocities discovered after the withdrawal of the Russian troops from Kyiv in March 2022. Reality is even worse than what is depicted in Reflection. At a second glance, it is not the question that had to be asked, but how to live and give meaning to one's life after such an experience, that can affect not only the victim and his or her family but also society at large. Apparently, this issue of the war is very topical in today’s Ukraine and is seen as a kind of poisoning of society. Is there an antidote for it or not? Maksym Nakonechnyi’s Bachennya metelyka/ Butterfly Vision brings a similar story as Reflection. He portrays a female soldier, a drone pilot, who returnedfrom the war after being captured and tortured by the separatists in Donbass. She is haunted by nightmares, but she refuses to be an eternal victim and fights againstherdemons because she sees it as a continuation of the imprisonment she has undergone.

Although since 24 February 2022, the public has already seen in the media a lot of images of the Russian-Ukrainian war, the documentary Mariupolis 2 by the Mariupol killed Lithuanian director Mantas Kedaravicius is on another level. It illustrates the difference between a news report and an artistic work, which is this impressive but sober-made documentary shot in the cinéma vérité style, without music. Kedaravicius documents and observes the daily life of people living under shelling, trying to stay human. His camera is not searching for spectacular events such as the visible destruction of the town, the ruins, the rubble, and the continuous shelling, but by the attention paid to the people who are attempting to adapt to the worst situations imaginable in order to maintain their dignity. Seeing and experiencing the human condition on the screen makes the film awestruck.

This war is affecting Ukrainian society deeply (as it certainly also does the Russian one). More than a million men are already involved in the war, and even more women and children are living without fathers or husbands. In 1994, Rwanda faced an almost similar situation where most of the men were involved in one or another way in its civil war, which ended in the genocide. What effect has it had a quarter of a century later? That was asked by Kivu Ruhorahoza in his feature Father’s Day. He tells us about the uneasiness in his country as a result of toxic masculinity and the patriarchal system, which he illustrates with three stories. There are the difficulties of a husband who cannot cope with his self-confident woman and his stepson. When a daughter discovers that her father had a dubious role in the genocide, she turns away from him. Finally, there is the father who believes he has to educate his son in a hard, and violent way to make him a real man.