14 October 2019 (Peter W. Sheehan/Australian Catholic Film Office) -  This American psychological thriller is based loosely on a character from the DC Comics Extended Universe. It focuses on the Joker, which the late Heath Ledger made famous in Christopher Nolan’s 2008 film, The Dark Knight, and follows the life of Arthur Fleck (Joaquin Phoenix), a failed comedian, who turns to a life of crime in Gotham City. The film won the prestigious Golden Lion Award at the Venice Film Festival in 2019.

Fleck is a stand-up comedian, whose life-stresses and tragic past have rendered him mentally unbalanced. He lives with his unstable, bed-ridden mother (Frances Conroy), and he has a love-hate relationship towards her. He struggles against the odds to survive in the fractured society of Gotham City. His services as a clown are up for hire, and he finds it hard not to obsessively relate to others in an aggressive way.  He is totally disempowered by a society which has motivated him over time to be apathetic and cruel, and both apathy and cruelty lie at the heart of his illness. 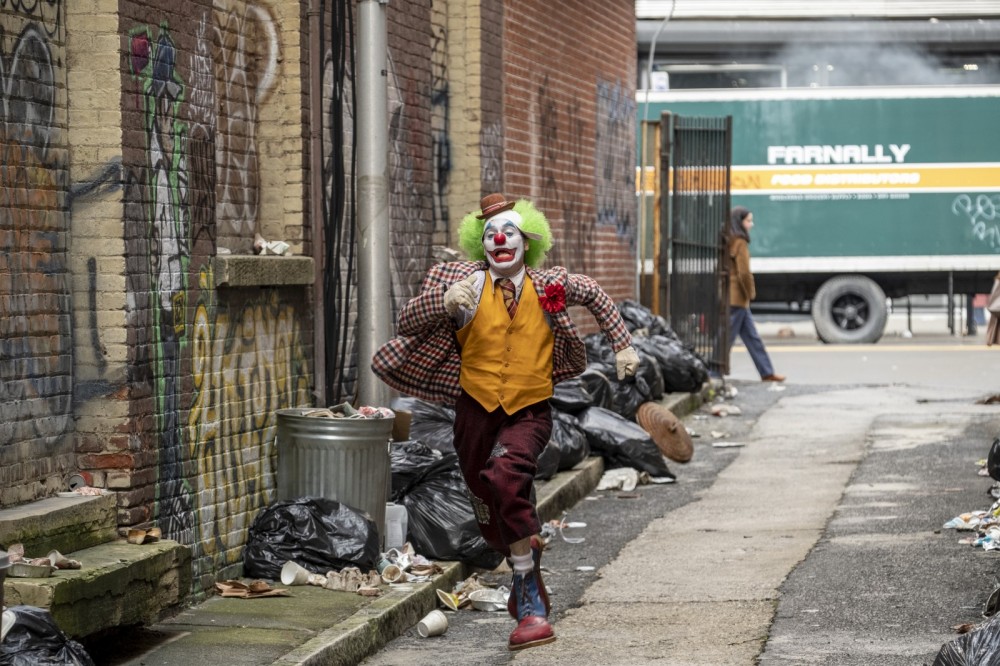 The film is a dark study of a disturbed man’s psyche, and is a broad cautionary, moral tale - Fleck’s life is a nightmare to avoid at any cost. Joker is dangerous to himself and others. His tormentors laugh at him, and then they die. Part of Fleck’s mental condition, is that he goes into uncontrollable laughter, which is frequently, and unfortunately misunderstood by those who are unlucky enough to respond to his laughter insensitively, or in a fatefully inappropriate way.

Reflecting loneliness and madness, Phoenix’s acting, under the direction of Todd Phillips, offers the viewer a compelling picture of a totally morbid and sick society, which reflects sinister urban alienation. Joker is a victim of that alienation, and a perfect illustration of it. He wants to connect with others, but can’t, and his hatred of others accumulates as a symptom of his conflicts.

In the role of Joker, Joaquin Phoenix delivers a jaw-dropping performance. Well known for past outstanding performances, such as in “Her” (arguably, the best film of 2013), his acting in this movie is a brilliant, tour-de-force. It is almost as if he absorbs the movie entirely whenever he is on the screen. The film knowingly invites the viewer to sympathise with a terrible person. Joker is the kind of person who gets hired to entertain children, and takes a loaded handgun into a sick children’s hospital ward to help him do that, and he can’t understand why he is fired for doing so. 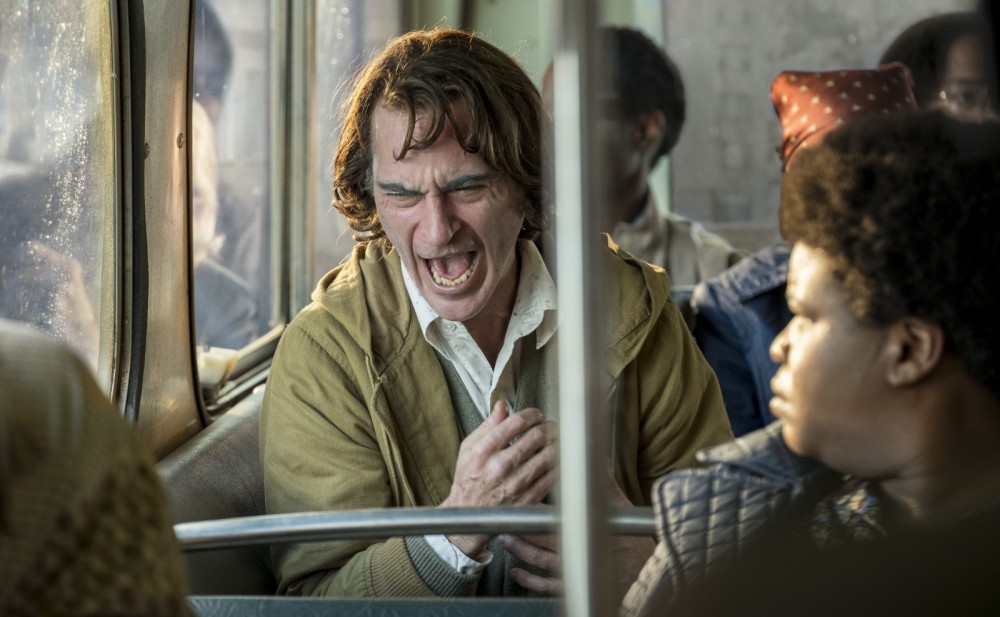 Joker typifies the needy underclass in a city, where the media urge readers to “kill the rich”.

Gotham City “has lost its way”- the poor are getting poorer; the rich are getting richer; and the city is infested with rats while it lets its garbage pile up. Phoenix inhabits the role of Joker looking every inch the part, and he commits awful crimes with obvious relish. His character bears very little relationship to characters that have appeared in the DC Cinematic Universe to date, and Phoenix is enormously compelling in the role. He redefines the nature of the Comic Universe, and becomes the champion of lost causes, without appealing to virtue or goodness in any way. Joker is the killer-clown who communicates what is happening in the world outside, and he is the grim product of its madness. He is the closest one is likely to see of the force of clinical madness in  acting style. This film audaciously revisions the DC Cinematic Universe. Todd Phillips directs to show a dishevelled society in which people are forced to live, and Joaquin Phoenix expresses the tone of the film extraordinarily. The society that nourishes Joker has turned him into a killer.

This film will reshape future thinking about the DC Extended Universe. It is a dark film about someone left bereft by a broken society, and it foretells that future times will be grim. The movie expresses what Joker despises so much, and it creates uncomfortable thoughts. The villainy of Joker is so well captured by Phoenix, that the viewer is left with the thought that Joker’s villainy may in the future restructure the main game. He is so good, that he dramatically pushes heroism and virtue into the background, and becomes “the hero of the underdogs”, who reigns supreme in an ominous way.